Posted by MsAmandaLong at 22:26 No comments:

There is Power in your Struggle

Posted by MsAmandaLong at 22:30 No comments:

There is no money for education, however, there is for a lot of other things this government makes a priority.

This is a great summary of what happened - the ad backfired on social media.

After this full page ad in 24 hours newspaper was bought as a 'fake' front cover by the Liberals (remember, they did this during election time with 'Christy Clark the come back kid' fake front page ad too)

Well, I much prefer some of the more accurate statistics contained in these 're worked' ads [Found via facebook from various sources]: 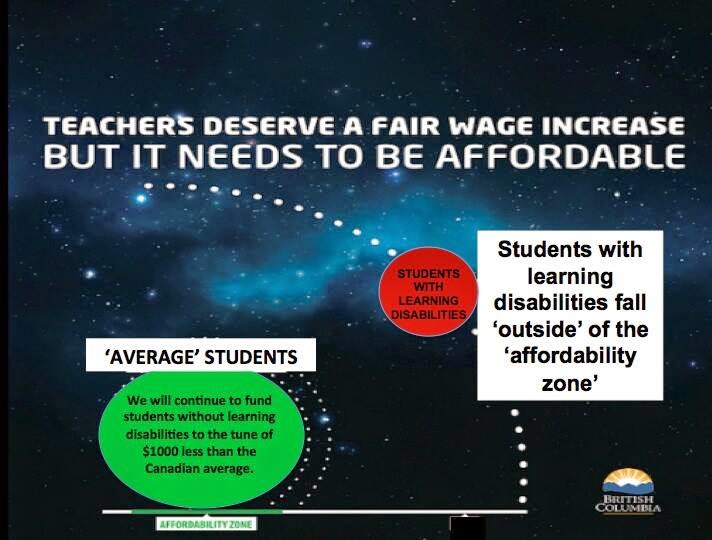 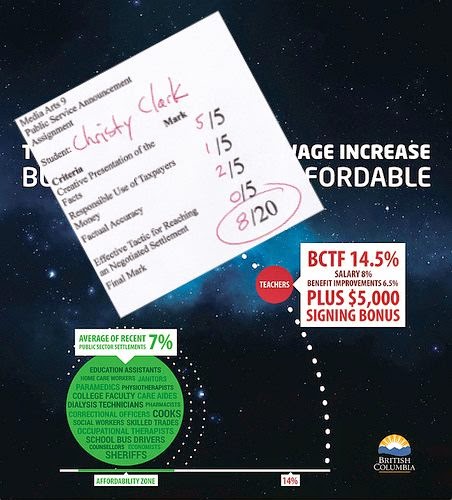 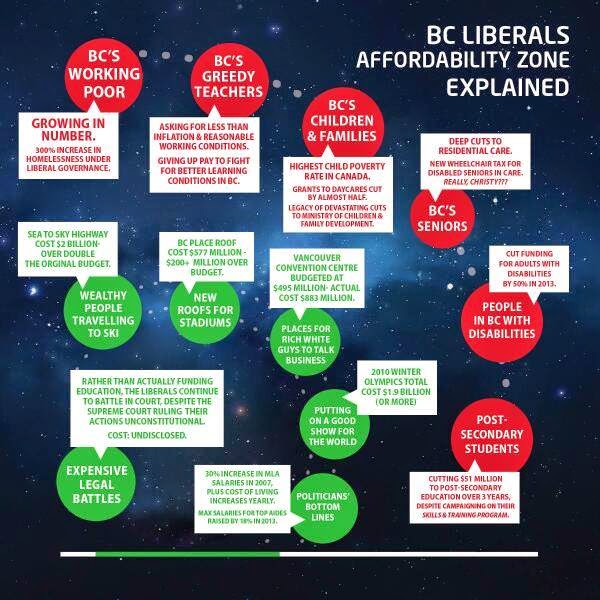 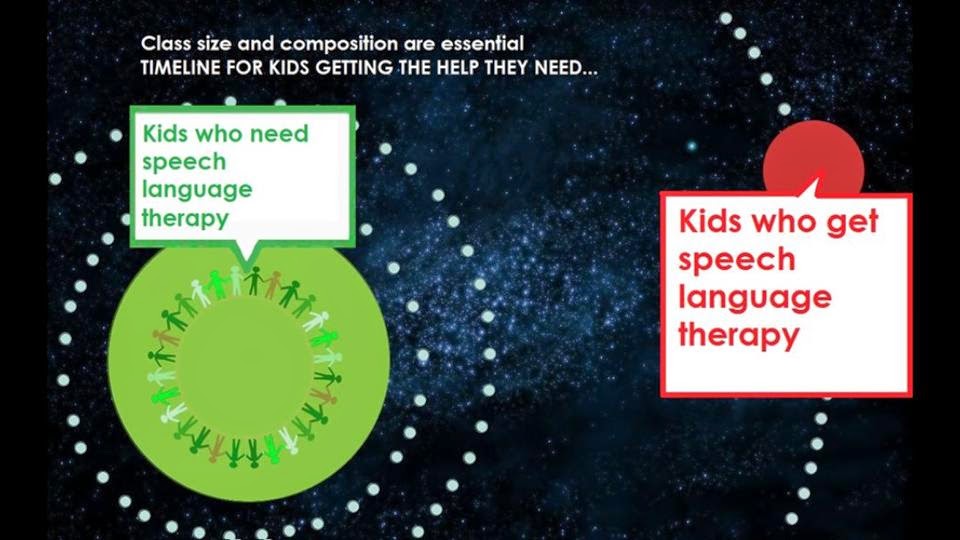 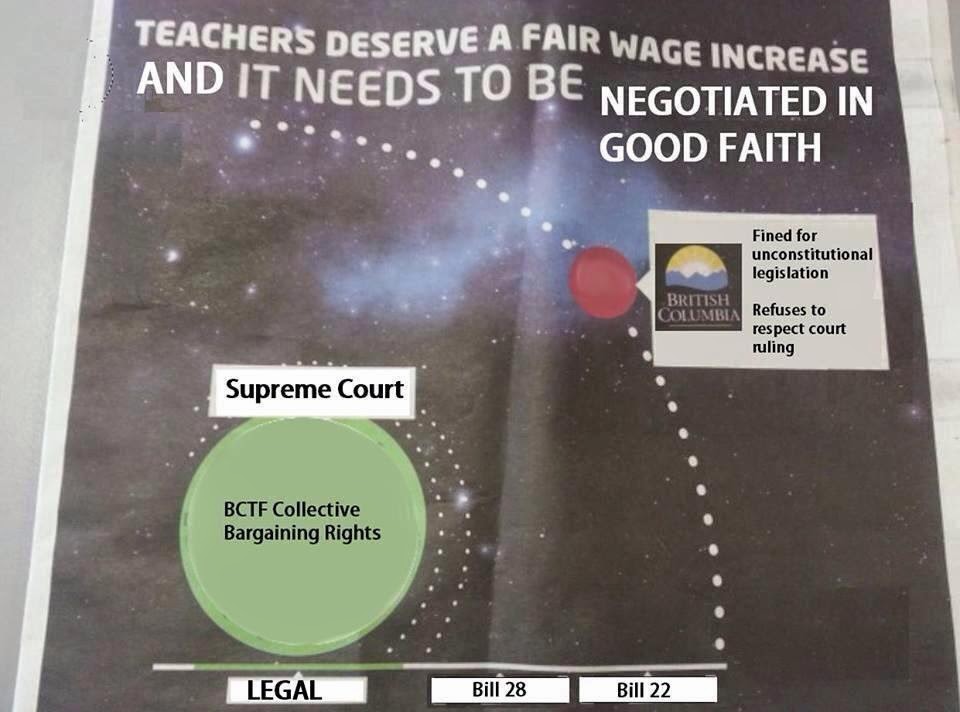 Check out this news story on the ad.
Posted by MsAmandaLong at 01:10 No comments:

What an amazing rally. There was a Maple Ridge teacher who spoke, a Vancouver grade 12 students, BCTF President Jim Iker, Jim Sinclair from BCFED, Ontario Teachers' president, CLC President Hassan Yussaff, leader of the NDP John Horgan, and many other wonderful speakers.

What was inspiring to me 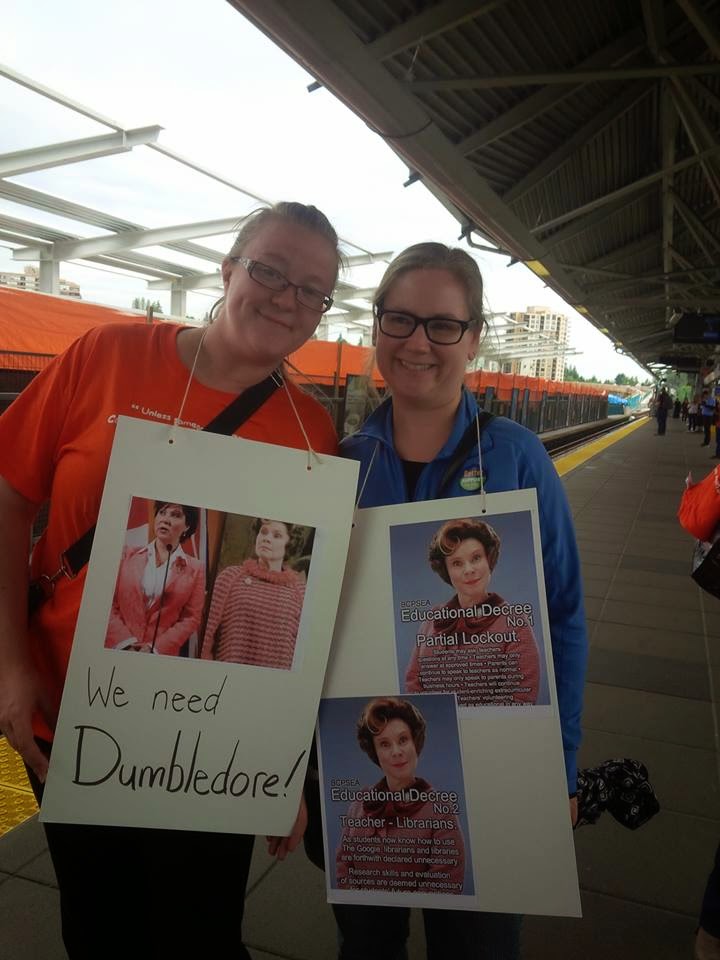 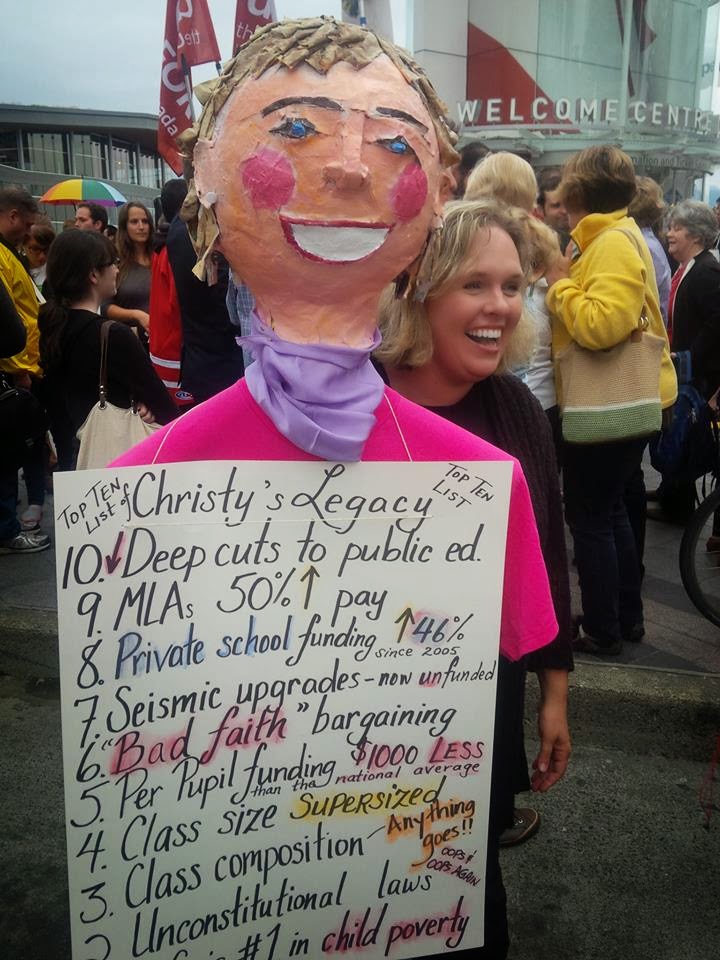 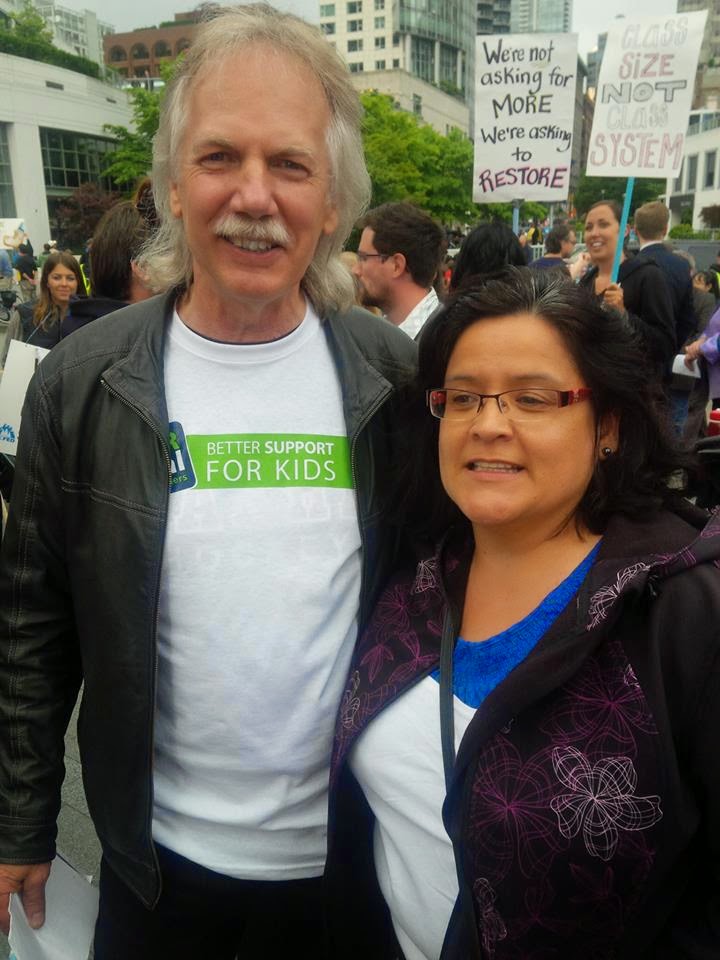 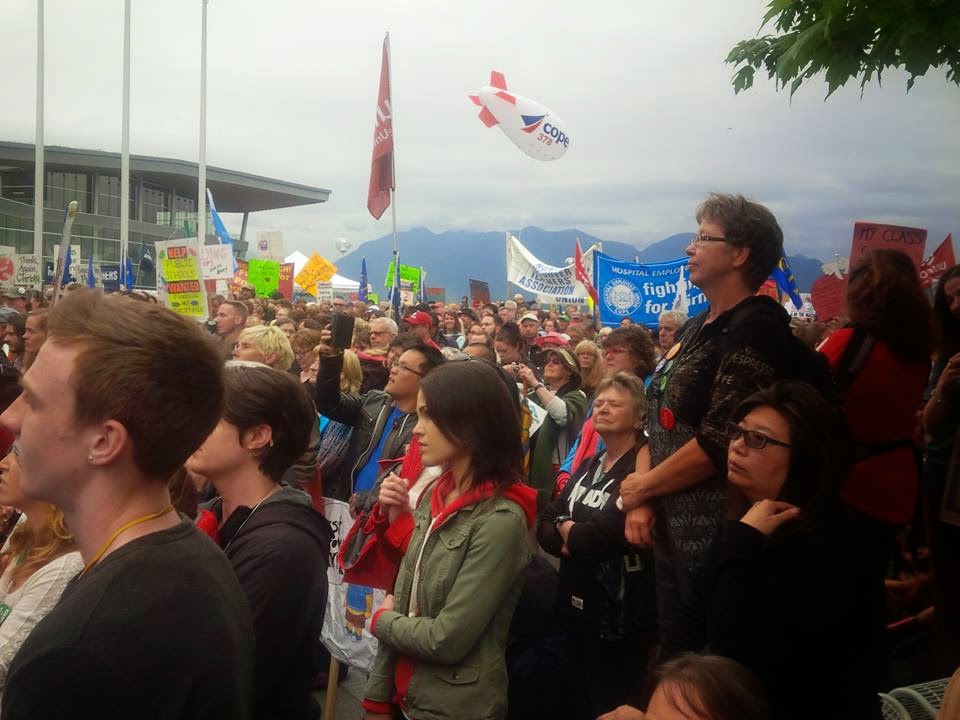 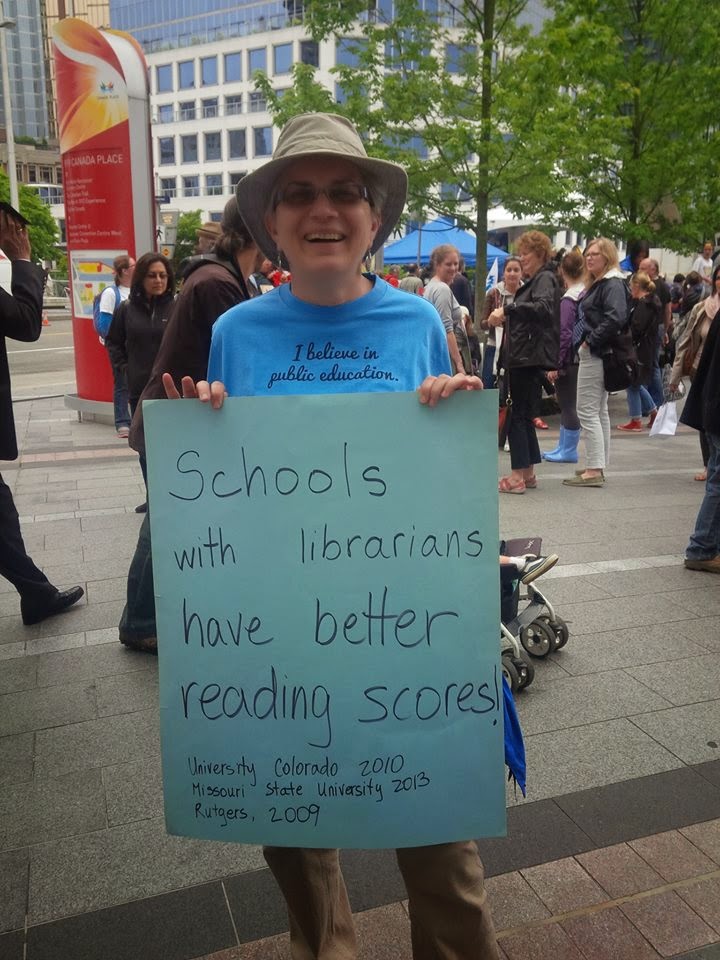 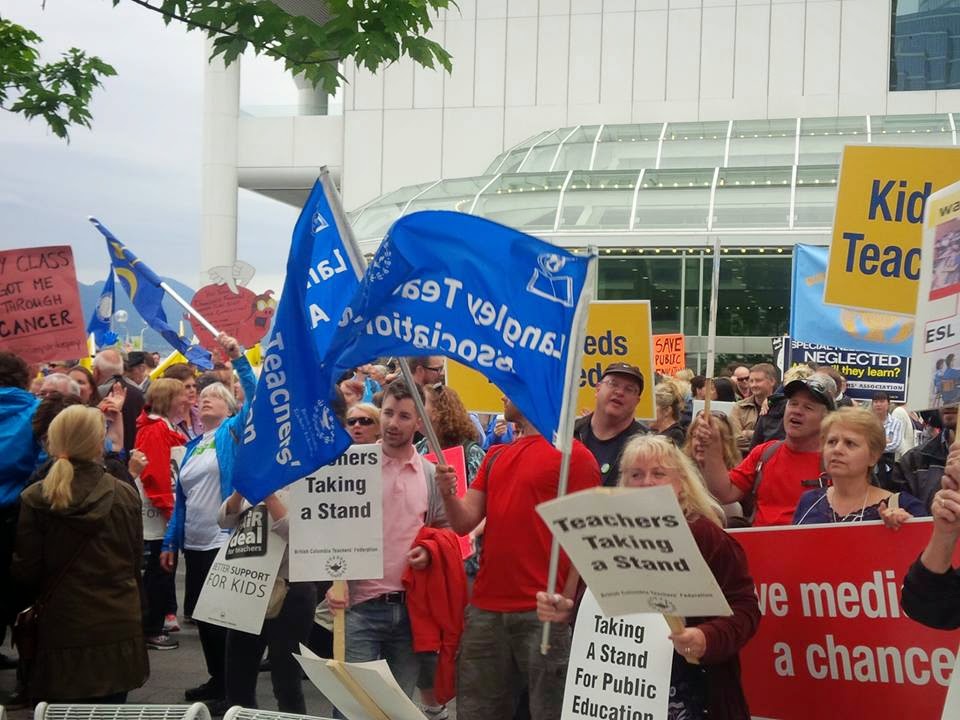 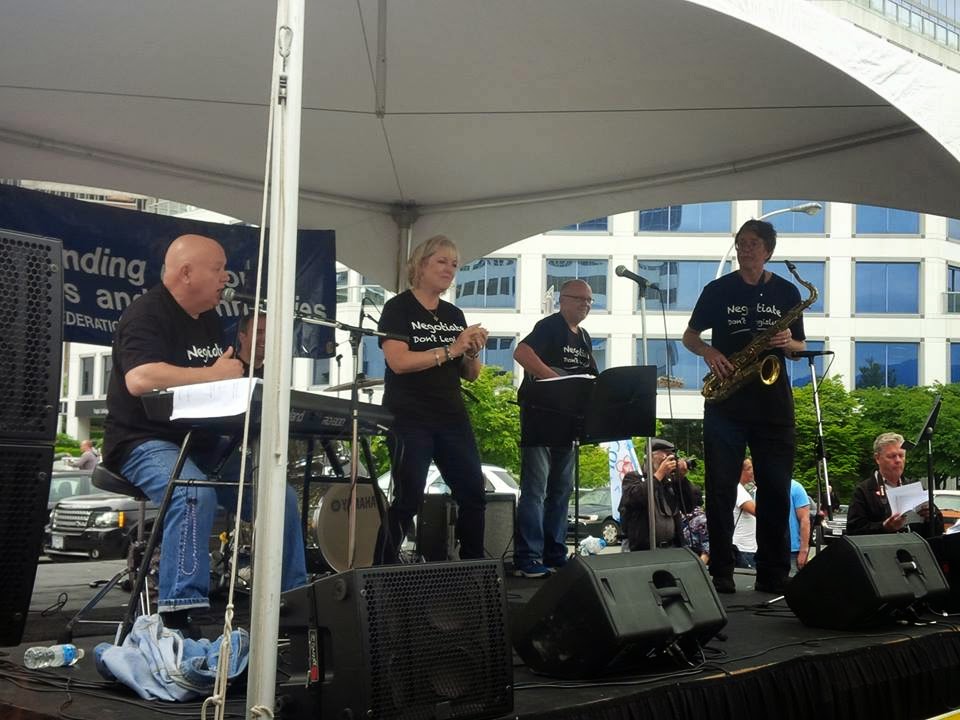 I tweeted more and posted some on my facebook.
Posted by MsAmandaLong at 23:45 No comments:

14 things that are obsolete in 21st century schools

I highly recommend checking out this post on 14 things that are obsolete in 21st century schools.

Source
Posted by MsAmandaLong at 14:36 No comments: 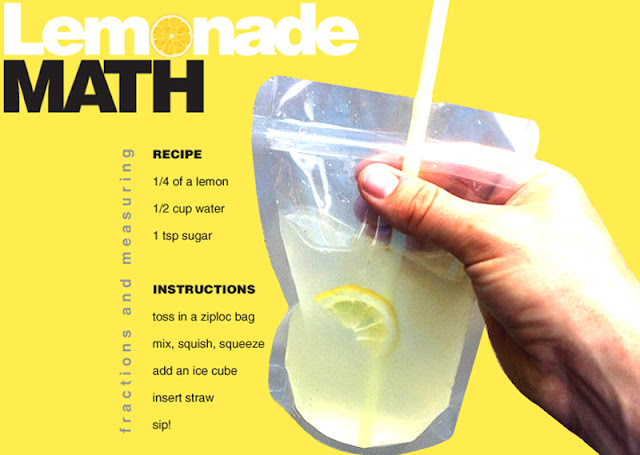 Posted by MsAmandaLong at 11:27 No comments:

Government is like a deadbeat spouse... a letter to the editor

This letter sums it up nicely.... 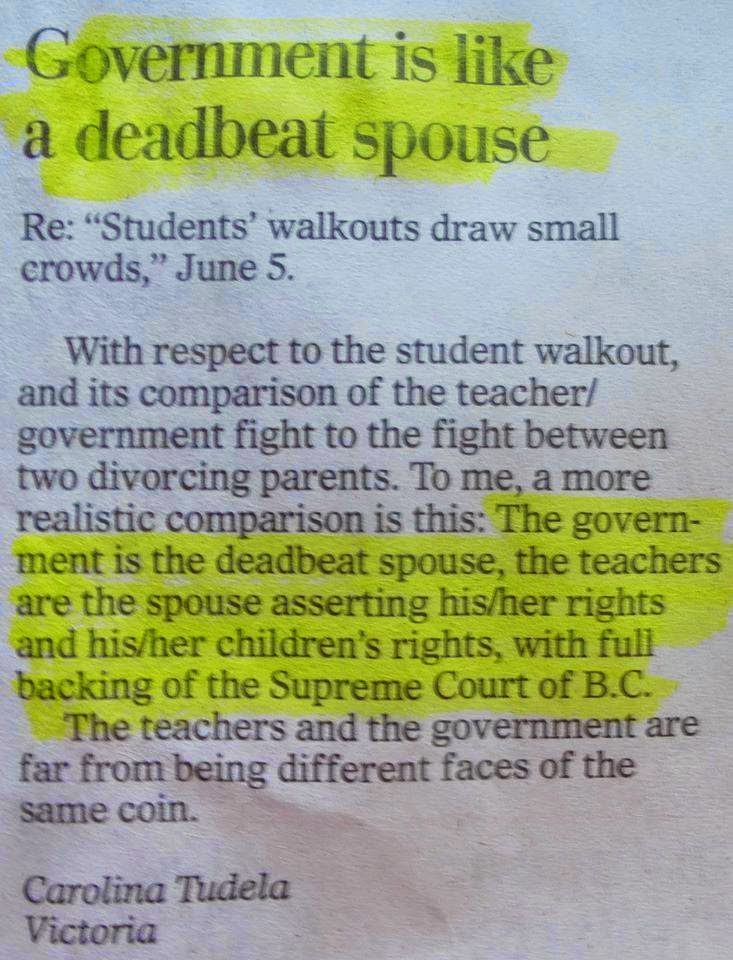 Posted by MsAmandaLong at 12:49 No comments:

I am a greedy teacher (Shared Status from Facebook)

I am a Greedy Teacher

Andrew Turner - June 7, 2014 at 1:30pm
As I stress and think about the upcoming strike vote, in order to unscramble my internal conflict, I decided to write down my own thoughts and echo some feelings of people I have spoke to. This is the result...

Blog Post: Why I will vote 'yes' for escalating job action

There is a great blog post from a teacher called: Why I will vote 'yes' for escalating job action. I have pulled a few sections to share, but highly recommended you go read it in its entirety at the original source.

The post talks about the history of cuts to education from the BC Liberals and the roller coaster ride it has been.

But this time it’s different. Through social media, teachers have been able to dispel public apathy. We’ve been able to refute government talking points with a barrage of non-partisan statistics and historic facts, most of which can be pulled directly from the Supreme Court ruling. This time, we’ve finally got a chance to make things better instead of watching them get worse.


And now, the teachers have called a strike vote.

The timing is tough. Teachers are weary by June. We are uncomfortable leaving the students with a bad feeling before summer break, and we’re tired of fighting –of losing pay to strike days, of having 10% cut from our salaries. Many teachers would rather not further anger parents.

In this last, desperate battle before the judiciary lowers the boom, the government will throw all of its grenades, and things are likely to get ugly. Already rumours abound of a lockout for September, whether we strike or not. They want to punish us.

But for me there is no more fear. I don’t care what the government does to me any more. I have fought too long, and endured too much heartache to give up now. We are so close! If we hold rank we can win. We have the Charter and the Court of Law on our side.

Read the entire post here: https://thecoalmine.wordpress.com/2014/06/06/why-i-will-vote-yes-for-escalating-job-action/
Posted by MsAmandaLong at 23:44 No comments:


Came across another great article I wanted to share, How Transparency Can Transform School Culture.

It talks about how leadership in a school can create connectivity and a culture of sharing of both successes and struggles. With social media, sharing becomes easier and more


“The culture offline or online has to say we care about being open minded to the rest of our learning community whether that’s local or global.”
Many educators have found connecting through social media and other online platforms is valuable for sharing resources and inspire one another. But some teachers are still wary of social media after a few high-profile incidents of teachers being accused of wrong-doing on the web, Mazza said. “Once teachers understand that the leadership is taking a risk, then they feel a lot more comfortable doing so,” he said

I encourage you to check out the article as it has some great points surrounding transparency and school culture, along with social media and how the connectivity is growing from it.

“When you’re using digital tools and other social media it’s like you’re yelling out the front door of your school because you are so proud of something.”

Read more here
Posted by MsAmandaLong at 12:01 No comments:

Another fun activity to do outside while the weather is nice.... 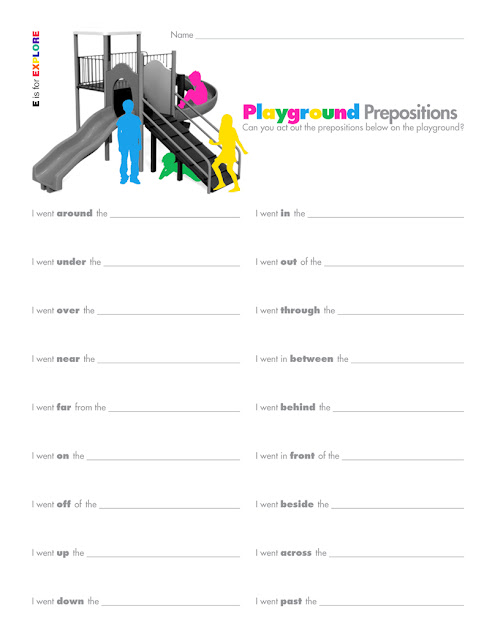 Posted by MsAmandaLong at 11:16 No comments:

Came across this blog spot about activity boxes that can be used similar to centers, or as activities for students who need something different to help them with self-regulation. It can help with classroom management.


The objective is to redirect the negative behavior before it escalates.  I have used activity boxes with students that could become aggressive, and violent not only to themselves but also toward other individuals. It also is helpful for children that may not fully understand why they are behaving inappropriately.

Setting up activity boxes is simple.  Sometimes the simplest idea can be the one thing that helps you connect with a student!

There are a few guidelines I like to follow when setting up activity boxes for individual students for the first time.

1.  Include the student in the process.   This is important because the box is intended to help that student re-direct their negative behaviors.  It isn't going to have the degree of success if the student isn't engaged in the materials included in it.

2. The container should be the size of a shoe box.  My first activity boxes were actual shoe boxes.  I love the Nike shoe boxes that have the flip flap lid. I would go to the Mall and ask for the empty boxes.   Students can pick their box, and help decorate it.  Shoe boxes are compact, and will stack easily in a storage closet.

3.  The contents of the activity box should have an educational value.   Using activity boxes is not intended for a student to get out of doing work, or to play after disrupting class. This is a tool to use to defuse negative (escalating) behaviors.

4.  Go over the ground rules for using the activity boxes.  This would include proper way to use and take care of the materials in the box, appropriate time to use them, etc.  Remember to focus on the positive as much as possible!

Check out photos and examples of activity boxes at - SOURCE
Posted by MsAmandaLong at 13:40 No comments:

This is from pinterest and links to a teachers pay teachers site where you can purchase the book, but I just liked the photo as it shows some cool foldable writing assignments.

I have done foldables assignments with the Canada Food Guide in Home Ec this year with grade 6/7s, as well as with flour mixtures for my Grade 8s. They made pyramids, cubes, all with foldable parts to give details about different topics. Love it!


Source
Posted by MsAmandaLong at 12:53 No comments:

Prizes for all? Why aren't rewards working?


I frequently discuss this issue with teachers, in particular, new teachers and TTOCs. What is acceptable for  'rewards' and when should they be used?

As a parent, I do not give my daughter allowance or rewards for doing what she is supposed to do... make her bed, take dishes to the sink, keep her room clean, do her homework... those are things she needs to do. Now, if she does additional chores or helps out above her own responsibilities, there are sometimes thank-yous such as a verbal thanks, an ice cream, a mall date... but I digress...

“Everybody has won, and all must have prizes.”
Lewis Carroll’s Dodo, Alice in Wonderland

“When the new system was introduced, one of my pupils shouted: ‘You get points just for showing up! What does that teach us?’ Looking later at the stats, I noticed that the top five reward earners were the worst behaved students in the entire school. Prizes were simply being used as a way of getting kids to do what they should be doing anyway, rather than to reward students for going the extra mile. The attitude was ‘oh well, I’ll get more later anyway, I can’t be bothered to answer these questions, so I won’t’. That’s when it struck me: giving out unmerited rewards all the time actually legitimised their poor behaviour.”

A couple of stories from economic research can enlighten us as to why incentives backfire:
‘When people were given a small stipend for donating blood rather than simply praised for their altruism, they actually donated less blood. The stipend turned a noble act of charity into a painful way to make money, and it simply wasn’t worth it.’
‘Nursery schools started fining parents who turned up late to pick up their children at 4pm. The result was striking: the number of late pick-ups more than doubled.’
There are two main types of incentives: economic, and social or moral. The fine and the stipend backfired because they substituted an economic incentive for a moral incentive.

Daniel Pink, author of 'Drive: the surprising truth about what motivates us' says what really motivates us is mastery, purpose and autonomy. Deci‘s psychological research suggests competence, relatedness and autonomy are the key ingredients, although to my knowledge these are nowhere in the research split out and measured for their relative importance.

I’d build on this and suggest that pupils develop their intrinsic motivation through three nutrients: mastery, responsibility and relationships. I think responsibility is a more foundational nutrient for young primary and secondary school pupils than autonomy; that you can’t be truly autonomous until you’ve achieved responsibility for your choices and their consequences.
Read the entire article here

Posted by MsAmandaLong at 11:19 No comments:

In the middle school I work in, we do an annual Renaissance Fair for the grade eights each year. They get to rotate through stations to learn a bit on various areas of Renaissance, then choose a "passion" or are to explore. They guide their own journey, learning and creating to share at the fair. This link popped up in my twitter feed and I really like the idea and thought I'd share it here. See more here


DaVinci Day provides an opportunity for students to pursue, research, and share  an area of interest, passion, or curiosity. Providing a time and space to do this type of work in school allows students to begin to see the connections between seemingly isolated academic content and skills, and the real world they will face and influence. When the school experience can be viewed with the perspective of how it will help in the pursuit of their own goals and curiosities, students become more engaged, and education becomes much more relevant. Finding and honing one’s own strengths and talents, assisted by the accumulation of knowledge and skills,  paves the way to fulfillment as well as success.


Basic Requirements:
1. You must COMPLETE a DaVinci Day Project for the year.
2. Your project must answer a question that you pose.
3. Your question must be complex and detailed.
4. You must share and "publish" your findings.


See more here
Posted by MsAmandaLong at 11:52 No comments: